Sometimes it's useful to take a closer look at objects in the sky rather than an expansive view. Here are nebula within our galaxy and other galaxies.
Read More 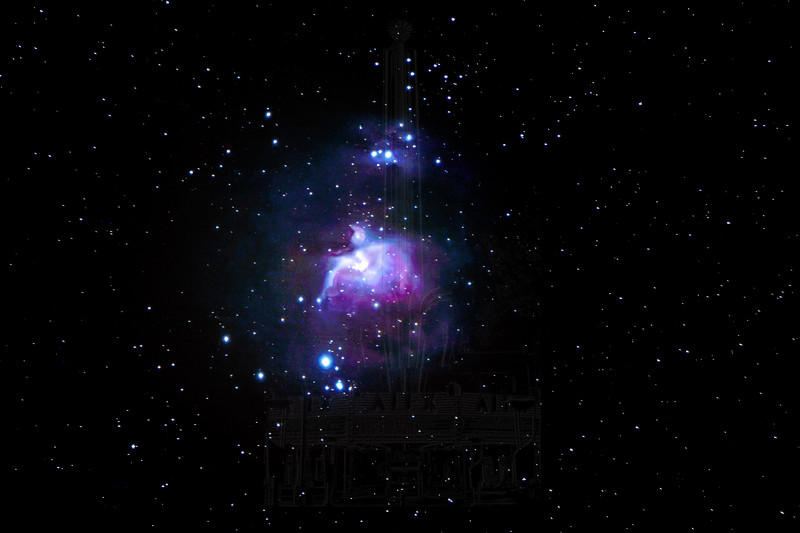 This picture is actually mostly a result of a series of mistakes. I set up my skytracker in the yard and shot 60, 30 second exposures at 200mm. Midway though the 1/2 hour that the photos were being captured, I realized that I’d not reset the setting on the skytracker from the ‘moon’ setting that I’d used for the eclipse last month. After I waited for the capture to complete, I checked the tracker and confirmed that the setting was wrong. I re-calibrated the polar alignment and started re-shooting another 60 shots by using the remote release on my camera. I then turned the remote software on my phone off, and that stopped the next series early. I didn’t re-shoot since clouds had started to move in.

I started processing the first group and it didn’t look all that bad, but the bright center of the nebula was washed out, so I took the good shots from the second series and they had lass washout in the nebula’s center and put those two shots together. I also incorporated calibration shots to reduce camera and lens distortion and noise.