Commenter Dangerman alerted me to the bloom in the Carrizo Plain, so I made plans to drive the Prius up there. The Carrizo Plain is grassy plain(the largest in California) between the Temblor Range on to the east(with the Central Valley on the other side) and the Caliente Range on the west(with the Coastal Range further west). The San Andreas Fault runs along the foot of the Temblor Range and is a noticeable part of the terrain. Soda Lake, a 3,000-acre alkaline lake is in the center of the plain. The northern third of the plain is privately owned and consists of cattle ranches and solar farms. The southern portion is a National Monument, administered by the Bureau of Land Management. On a clear day, Mt. Pinos(the hike to the summit was feature in last year’s Halloween edition of OTR) is visible towards the south.
Read More 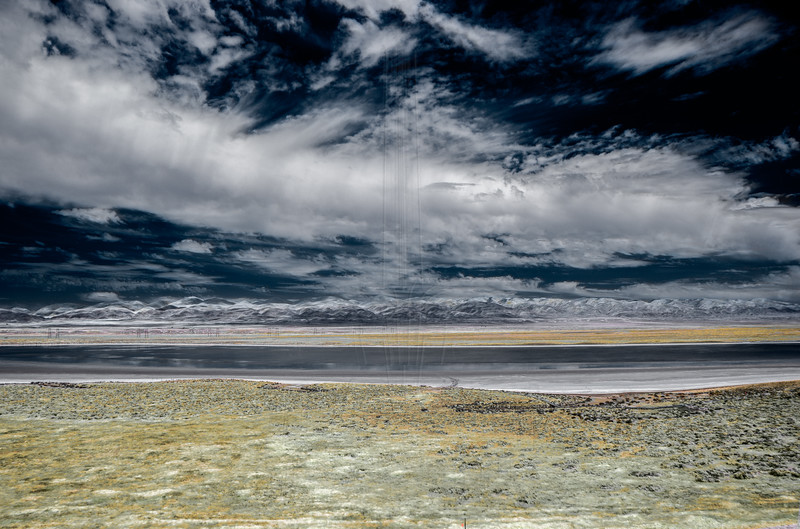 Since clouds are one of the areas where IR really excels, I had to include a IR photo(of course I did). This is looking west from Observation Hill across Soda Lake to the Tembler Range. I was worried about two things when I planned our(Madame accompanied me) trip up to the Carrizo Plain: it was forecast to be 50% cloudy(that turned out to not be a problem) and the drive from the south involved a gravel road(we took the longer route from the north).