The evening prior to shooting these shots the organizer of the local photo meetup texted me to ask if I wanted to go to San Diego and shoot the sunset the next day. I thought that’s a bit of a drive to shoot the sunset, the sun does set here in LA and we do have a beach here. I replied that I’d also want to shoot some other things to justify the drive: the Mission and the old Point Loma lighthouse. After about a 3 hour drive and a hour and a half before sunset we arrived at the Mission, so the lighthouse would have to wait for another day(the sunset was quite nice). Even with missing the lighthouse it was a good shoot and we returned safely to Glendale without being accosted or killed by MS-13*.

Mission Basilica San Diego de Alcala was founded in 1769 by Fr. Junípero Serra(now Saint Serra) and was the first of the 21 Spanish missions here in California. As with all the missions in California, San Diego was secularized during Mexican rule and fell into ruin. The current church is the fifth on the site, though it seems that that count also includes extensive renovations(support buttresses were added after earthquakes damaged other missions, etc.).

*I’ve been informed that this is a serious concern being so close to the border by US Government officials at the highest level.
Read More 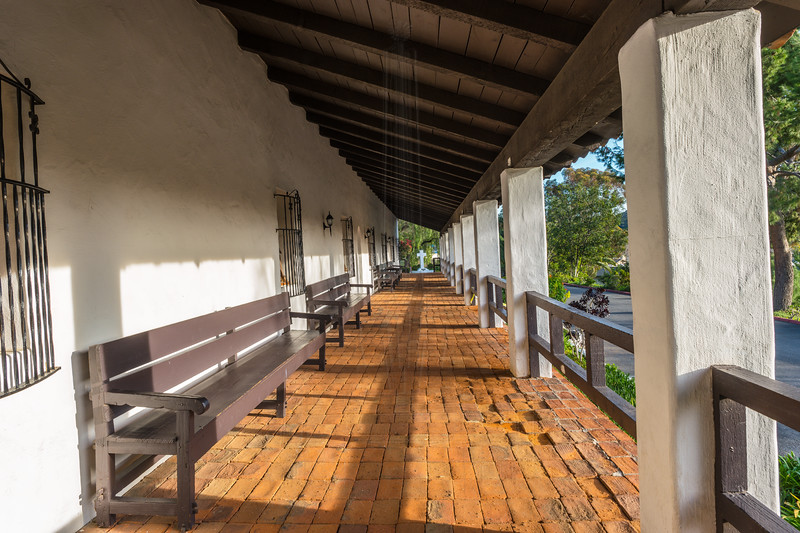 The mission has a long front colonnade that stretches east of the chapel. There’s a stone cross at the far end.