The Baldwin Hills are low mountain range in West Los Angeles. They were originally a Mexican land grant which was purchased by FPF Temple of Temple Block(currently LA City Hall) and Temple Street fame. After Temple’s bank failed in 1875, the land was purchased by Elias J. (Lucky) Baldwin(hence the name, Baldwin Hills) who used the land for grazing livestock. When Lucky passed on in the early 1900’s the land passed on to his daughter and oil was discovered on the land. The portion of the hills east of La Cienega Blvd(which cuts though a pass in the hills) is where the park is located, the western and southern portions are still active oil fields.
Read More 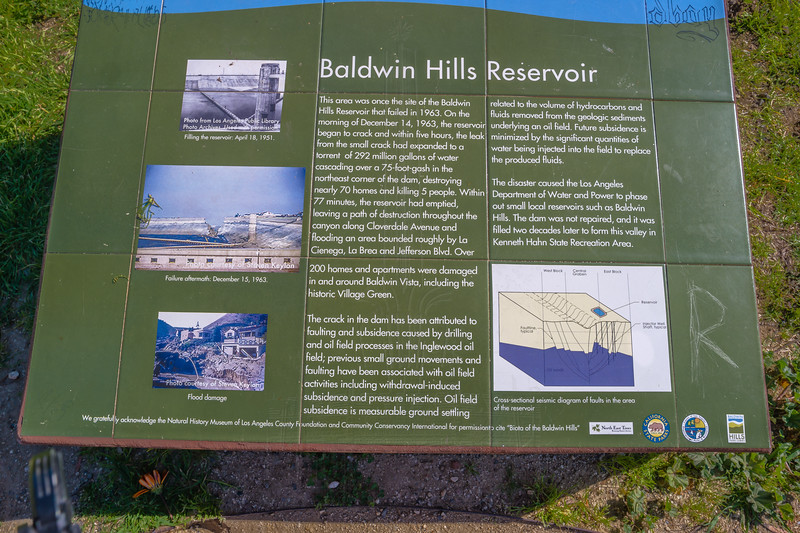 The grassy bowl is the site of the Baldwin Hills reservoir which was part of the LA water system. In 1963, the dam which was at the northern end of the bowl broke(due partially to oil drilling) and flooded the residential and commercial areas to the north. Over 200 homes were destroyed and 5 people were killed.