Yes, the Milky Way has a season, it’s roughly April through October here in the northern hemisphere that you can see the galactic center of the Milky Way. I’ve fired up the Prius and headed to some familiar places(Lockwood Valley in the mountains) and some new places(on the coast). I attempted to shoot at the coast a few years ago when I had no clue what I was doing and actually managed to get a shot of the galactic center, but also the moon next to the galactic center. This time I avoided the moon by shooting after it had set and since the Milky Way doesn’t really rise until about 1:30-2:00am, this wasn’t overly difficult. One thing I acquired in the off-season(a Christmas present) was a sky tracker that moves the camera to track the stars as the earth moves. This allows for a cleaner picture since I can shoot a really long exposure at a low ISO setting.
Read More 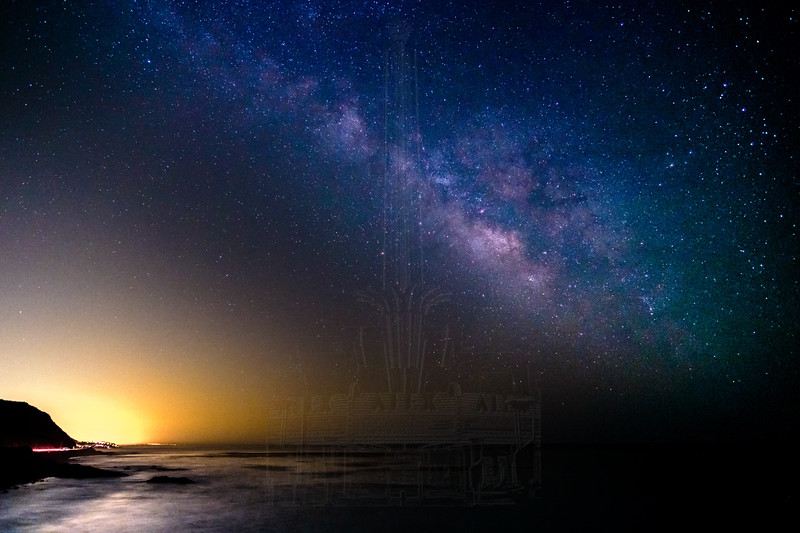 This my first trip out there(at least without cloud cover or fog) and I didn’t take the sky tracker. This was shot with a short exposure and a high ISO(10 seconds at ISO 800). I’ve been looking at Google Maps for locations along Pacific Coast Highway with a turnout that I could park at and have a good location to shoot that would be somewhat shielded from the light pollution from LA. This seemed to be a good location, but you can still see quite a bit of light from LA at the left of the picture.