The Chinese Garden at The Huntington

The Huntington Library and Gardens are on the former estate of Henry Huntington in San Marino, California; just south of Pasadena. Henry Huntington ran the Pacific Electric Railroad which ran the Red Car transit system; he even had a spur into his estate for his private car. He built his mansion with a view of the San Gabriels at the top of a slope formed by the Raymond fault. After his death in 1927, the estate became the Huntington Library and Gardens with his mansion becoming the European Art Gallery(the most famous works housed there are Pinkie and Blue Boy). During Huntington’s time at the estate; the Japanese, rose, and desert gardens were the only gardens that existed. The palm garden, jungle garden, Australian garden, and the Chinese garden were added later. The Chinese Garden is the most recent addition with the first phase opening in 2008 and the second in 2014(there are still 3 more pavilions yet to be completed).
Read More 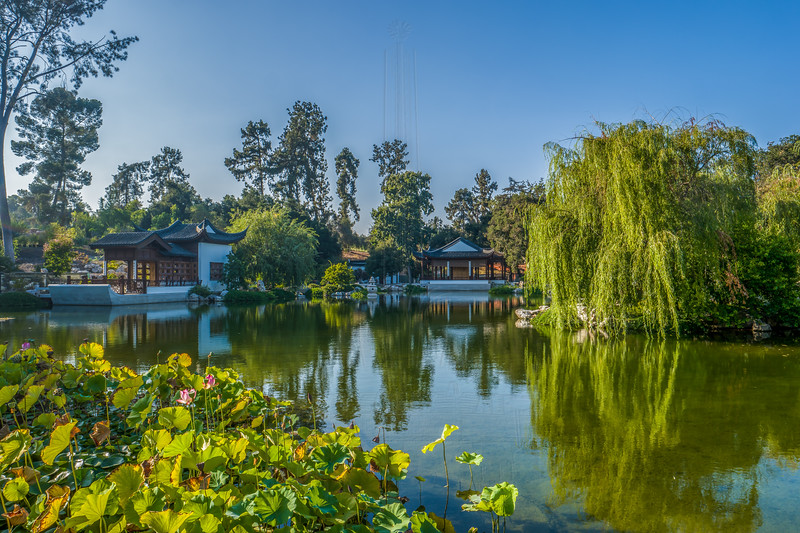 View to the north, evening shot

This shot is a composite of two shots shot at different exposure levels and then blended together in Photoshop to reduce highlights and bring out shadows.