A return to Fantasyland…

A couple of weeks ago I posted some shots that cannot exist in nature for one reason or another(usually light pollution). Here’s five more…
Read More 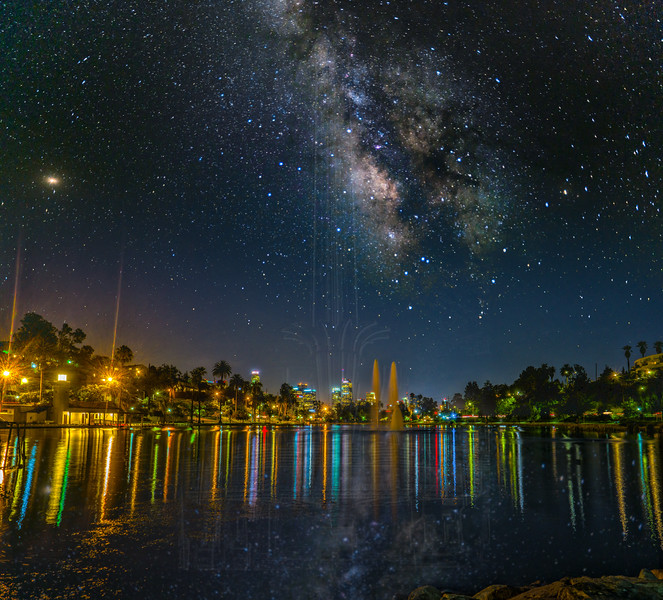 Echo Park lake was one of 4 reservoirs that were planned to hold water for the growing City of Los Angeles in the late 1800’s. Three of these reservoirs were actually built: Eastlake, now in Lincoln Park; Westlake, now in MacArthur Park; and Northlake, which is in Echo Park. The lake to the south of the city was never built. Echo Park Lake had a nice view of Downtown LA from the north part of the lake, especially at night when you get reflections of the light on the lake. The lake has two fountains in the center which you can see in the photo as two orange columns. You might notice that the Milky Way in this shot is more vertical than in the previous shot; this is because the direction of the foreground shot is more towards the south and while this is Fantasyland, I do try to keep a level of realism.