Star Trails are stunning to look at, but are surprisingly easy to shoot. However they do require on thing, time. The long time used to shoot a star trail, the longer the trails will be.
Read More 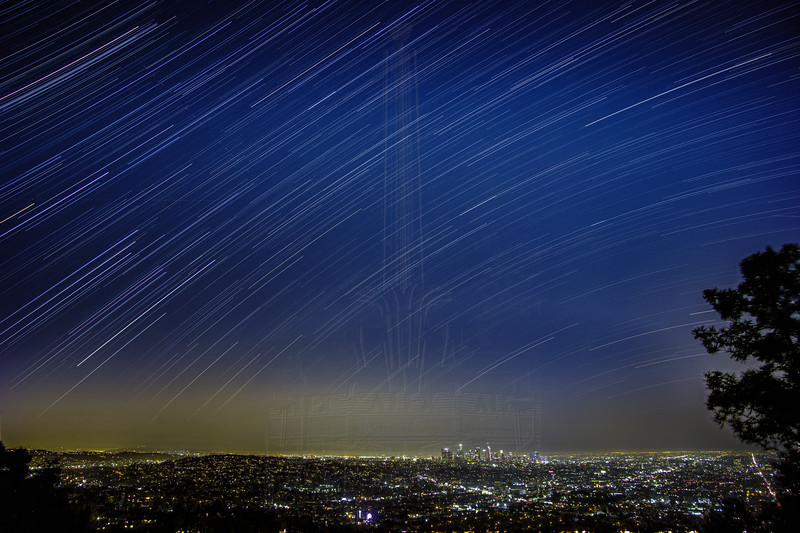 Most star trails that I've shot have been taken in dark locations. This is the opposite, star trails over Los Angeles with the moon in the sky. Rather than a black sky the sky is more blue and the horizon is dominated by the yellow from the light of the city. This is actually a series of 30 second exposures with a shorter exposure used for the city to capture the detail in the cityscape.

This shot took a little over a hour to shoot, but took about 5 hours to remove the aircraft trails since the land approach for LAX runs east to west just south of Downtown Los Angeles.